Whether it’s whippy ice cream and fish’n’chips in a traditional British seaside setting, or taking in the historic homes and country piles of this green and pleasant land, new figures released by the Office for National Statistics (ONS) show that international tourists travelled to English regions in record numbers last year.

In the first nine months of 2016, a record-breaking 12.2 million visitors holidayed in English regions outside of London – 4% higher than the same period in 2015. International visitors across England also set a record for spending during this period, up 2% on the previous year to reach the staggering sum of £5.9 billion.

Predictably, summer was the busiest time for visits to the country, with 4.6 million inbound tourists between July and September 2016. Again, spending reached a record breaking £2.9 billion during the summer Q3 period.

Tourism success was not just reserved for England, with visits to Wales shooting up by 12% to 856,000 between January and September. Overseas visitors also spent £1.6billion in Scotland during the same period, with 2.2 million visits making it Scotland’s strongest year for tourism since 2007.

Sally Balcombe, VisitBritain’s chief executive, said: “Inbound tourism is one of our largest export industries and it is very encouraging to see that growth is being spread right across our nations and regions, demonstrating the industry’s increasing importance as a driver of economic growth and jobs.”

Despite economic uncertainties such as the effects of Britain’s exit from the EU and political changes across the world, hoteliers, restaurateurs and bosses across Britain’s hospitality industry can take confidence in these encouraging figures and gear up for what is likely to be another busy summer for tourism. 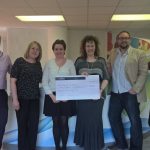 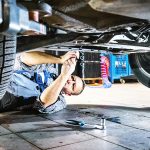