After considerable scrutiny of the air quality in central London, an Ultra Low Emission Zone (ULEZ) will be in place from 8 April 2019. If tighter restrictions are not met, you could be liable for a daily charge to drive within the area.

Why is it coming into effect?

Transport accounts for around half of nitrogen oxides and particulate matter in the air. These can damage lung development, worsen chronic illnesses and shorten life expectancy, among other things. Some of the most affected people include children, and around 360 primary schools are based in areas of unsafe pollution levels.

When and where does ULEZ run?

The ULEZ will be in place permanently and continuously. That means midnight to midnight, 24 hours a day, 7 days a week, 365 days a year, much like the current Congestion Charging Zone (CCZ).

What are the restrictions?

The restrictions vary extensively. Below is a general rule of thumb.

For motorcycles/mopeds:
All vehicles need to meet Euro 3 emission standards.

Generally, vehicles registered with the DVLA after July 2007 meet the ULEZ standards.

For lorries and larger vehicles:

All vehicles in this category need to meet Euro VI standards.
Generally, all vehicles registered with the DVLA after 2014 meet the ULEZ standards.

How much will I need to pay?
The daily charge for most vehicles is £12.50. This includes cars, motorcycles, and vans up to 3.5 tonnes. For heavier vehicles, lorries over 3.5 tonnes and buses/coaches over 5 tonnes, the daily charge is £100.

What if I drive in the ULEZ zone at night, once before midnight, and then after midnight?

As the ULEZ runs midnight to midnight, you will be charged for two days in this instance.

Are there any discounts or exemptions?

Certain groups may be eligible for discounts and exemptions. Time-limited discounts are available to residents of central London. Vehicles for disabled people will be exempt until 26 October 2025*. Taxis have their own set of emissions standards. Other vehicles already exempt from the CCZ will also be exempt from the ULEZ, such as certain military and agricultural vehicles.

What about classic or historic cars?

If your vehicle was built more than 40 years ago, you may be able to apply for historic vehicle tax class, exempting them from ULEZ. You will need to register with Transport for London and meet their criteria.

My vehicle doesn’t meet the standards. What are the alternatives?

What are the plans for the future?

Plans are already in place to extend the ULEZ to the inner London area bounded by the North and South Circular roads. This will come into effect on 25 October 2021.

The standards and restrictions vary extensively, so you should check your vehicle personally here.

ULEZ will have many positive effects on the atmosphere, but it’s likely to cause many problems for drivers, commuters and those working temporarily in the city centre.

Whatever happens, we can help you. 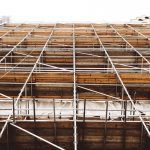 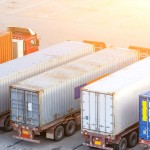