New driving laws 2020: what you need to know

Amidst the Brexit chaos and as smart driving technology becomes more integrated into the mainstream, there are several new driving laws that motorists need to be made aware of.

Just weeks into 2020 and we have already been faced with some difficult news stories concerning the climate crisis. In response to growing environmental concerns, several new laws have come into effect to attempt to lower emissions. In addition to greener laws, several other driving regulatory laws relating to the likes of Brexit and new drivers are expected to come into effect very soon; we explore some of these below.

New to 2020 is the Ultra-Low Emissions Zone (ULEZ) scheme. This will be introduced in urban areas across the UK and under the scheme, any vehicle that doesn’t meet the ULEZ emissions will be charged to drive in certain parts of the city. This will impact older diesel cars that are now much less efficient than modern vehicles. Having already been introduced in Central London, this scheme is set to be introduced across other major UK cities in the next few months.

As a consequence of inflation of 2019, drivers have seen their vehicle excise duty bill increase by £5. In 2020, drivers of diesel vehicles that don’t meet the RDE2 emissions standard may be charged £15 or more.

A couple of new laws are expected to come into full effect in the next few years which will be informed by smart technology. The first will see motorists fined up to £100 and lose three points off their license for driving in a smart motorway marked with a red ‘X’. Over the next few years, it is anticipated that the penalties for breaking this law are expected to get more severe.

The second smart law is under the EU’s revised general safety regulation and will enforce that the intelligent speed assists feature to be mandatory for all new cars from 2022. Using this feature, cameras within the vehicle can interpret road signs and ensure drivers adhere to the speed limit. Other regulations that are likely to be enforced in the next few years include warnings for driver distractions and drowsiness, along with enhanced emergency braking technology.

Brexit continues to be an issue of contention, especially when it comes to how it could affect motorists driving abroad. Should the government proceed with a ‘no-deal’, it is expected that UK driving licences will no longer be valid across the continent. If this happens, visitors will be required to pay £5.50 on an international permit. When driving your own car in the EU or EEU you will have to use a motor insurance Green Card, ensure to contact your insurer about this at least a month before you travel.

To improve the safety of new drivers and others on the road, new laws are in the pipeline to be introduced later this year. These laws are likely to concentrate on areas such as:

To find out more about how the new driving laws could affect you and the vehicle you drive, contact us on enquiries@finchinsurance.co.uk. 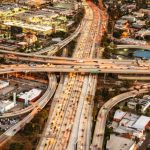 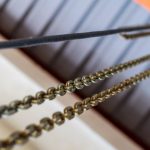 Do you inspect your lifting equipment regularly?Industry News